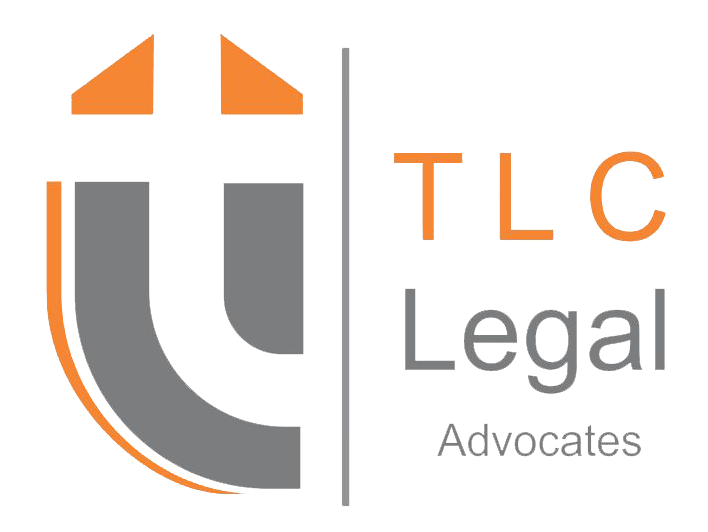 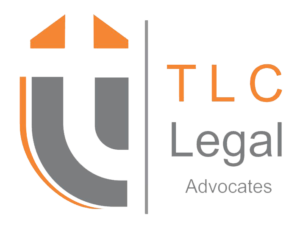 TLC Legal is pleased to share with you a recent decision of the Customs, Excise and Service Tax Appellate Tribunal (“CESTAT”), Kolkata, holding that “compensation” paid to a prior allottee on cancellation of Coal block is not a consideration for tolerating the act of such cancellation and therefore, no Service tax is payable on the same.

The facts relevant to the said case are that the coal block allocated to the Appellant company, Jindal Steel & Power Limited, (the “Company”) were cancelled, along with several others, in terms of the Hon’ble Supreme Court’s order dated 24.09.2014. These cancelled coal blocks were subsequently re-allocated to new allottees.  As per the provisions of Section 16 of the Coal Mines (Special Provisions) Act, 2015 (CMSPA), at the time of re-allocation of the cancelled coal blocks to the successful bidder (new allottee), the prior allottees were to be compensated for the transfer of the right, title and interest in the land and mine infrastructure to the successful bidder.

A demand of Service tax was confirmed on the compensation received by the Company under CMSPA, on the ground that such compensation was a consideration for tolerating the cancellation of the coal block. The Company challenged the said demand before the CESTAT interalia on the ground that compensation paid to reimburse them for their investment in land and mine infrastructure, is not a consideration for tolerating any act and therefore no Service tax is payable on the same. Reliance in this regard was placed on the decision of the CESTAT in MNH Shakti Limited1.

The CESTAT also laid down the following pre-requisites for determining whether an act falls within the scope of “tolerating” something and receiving compensation for such tolerance, so as to be leviable to Service tax:

It was held that since none of the said pre-requisites were met in the facts of the case, the Service tax demand cannot be sustained.

It is seen that the Department has been very widely interpreting the “declared service” heading- ‘agreeing to the obligation to refrain from an act; or to tolerate an act or a situation or to do an act” under Section 66E (e) of the Finance Act, 1994, to include within its scope any compensation or payment in the nature of penalty/damages, such a liquidated damage, notice pay recoveries etc. The present decision of the CESTAT reinforces the argument that “compensation”, in absence of a specific contract to tolerate an act, is not a consideration for any service and therefore, no service tax is payable on the same.

1st Floor, Nirmal, Nariman Point, Mumbai, Maharashtra – 400 021
Tel : +91-22-61708500/400
Fax: +91-22-22823333
Email: info@tlclegal.in
Linkedin
Disclaimer
The Bar Council of India does not permit advertisement or solicitation by advocates in any form or manner. By accessing this website, you acknowledge and confirm that you are seeking information relating to TLC Legal of your own accord and that there has been no form of solicitation, advertisement or inducement by the firm or its members. 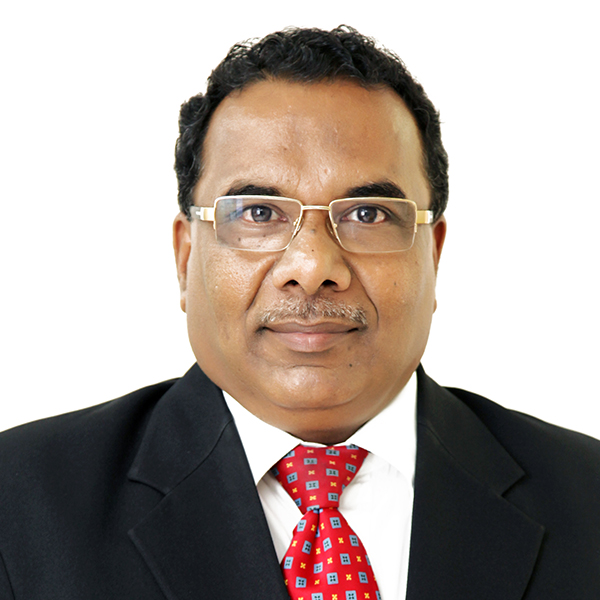 Company service – for 18 years. Then at TLC. He had a sanad, 1998 – he got sanad.
Appearing before CESAT, excise, customs and service tax now gst.
His own practice for about 10 years TLC+his own – member of various industry organisations to give briefing of the budget and gst – Bombay entrepreneurs association, bhandup, rotary clubs, Bombay bunts associations, bunts chamber of commerce and industries.
Hobbies- rotarty club activities.
New comers in the prof – preparation for a case – put it down in a coloured sheet, the main pointers, then when some one new takes over, they have all key facts easily accessible. Current youngsters don’t do this so then there is duplication of work and waste of time. 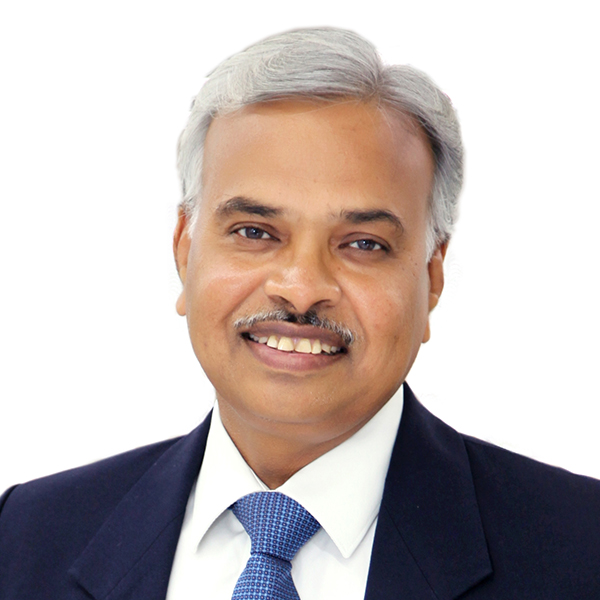 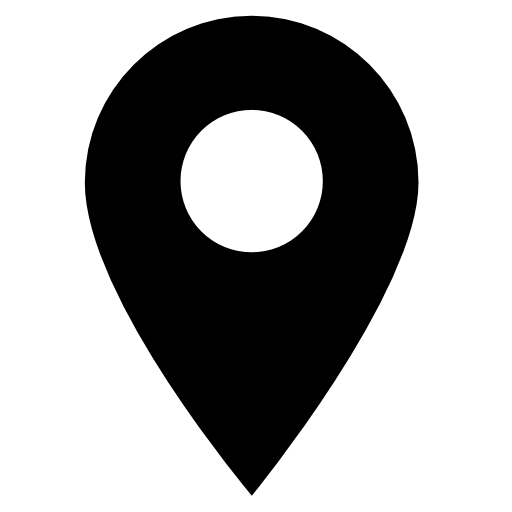 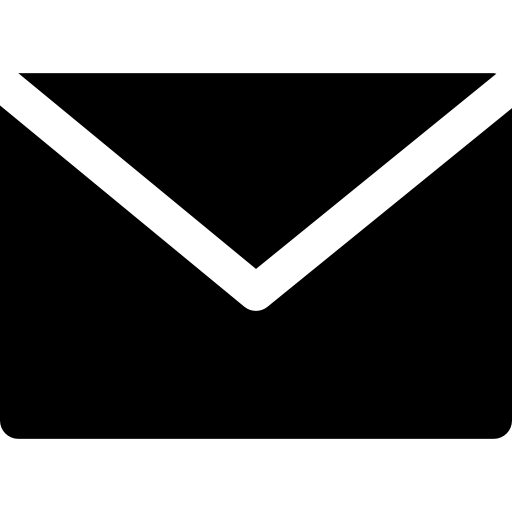 Sushil Solanki has more than thirty years of experience of working  in various capacities in the Government of India, including as Commissioner of Service Tax, Mumbai, Commissioner of Customs, Nhava Sheva Port and Additional Director General, DGCEI, Ahmedabad.
He was actively involved in the conceptualization and formulation of basic and legislative framework of GST during the period 2006 to 2015. He was also involved in the drafting of Service Tax law introduced in 1994.
He was conferred with the prestigious Presidential Award in the year 2001 for meritorious services.
He is a regular faculty  at the National Academy of Customs, Indirect Taxes and Narcotics for training of Departmental Officers.
He also presents papers on various indirect tax issues at seminars organized by ICAI, BCAS, IMC, etc.
In TLC, he leads the GST advisory and advocacy teams and is  actively involved in resolving ongoing issues in GST compliance, besides handling  other Indirect Tax litigation work.
In his spare time, he continues a lifelong quest into spirituality and wisdom of the ages. 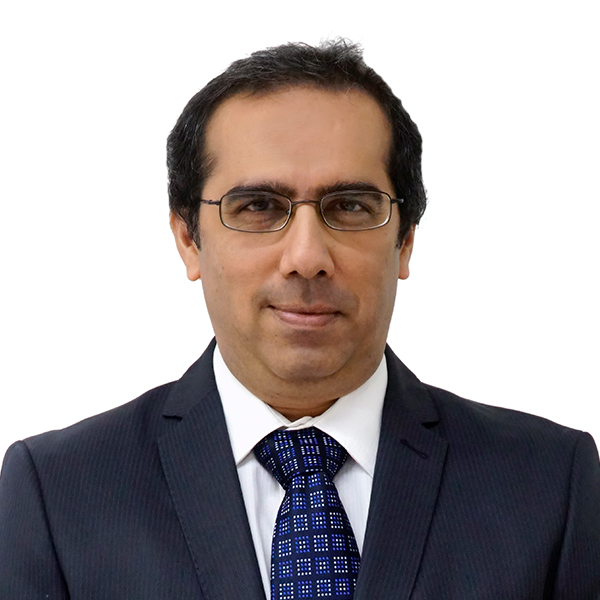 Aqueel began his career at a well-known law firm, Crawford Bayley & Co. moving to counsel practice with the Chambers of Senior Advocate Mr. Arshad Hidayatullah for over a decade. He understood the finer nuances of the law, arguments, court practice and developed a detail oriented approach to research. He then made Partner, at Economic Laws Practice, where he spent a decade being a key member of the tax team.
Currently at TLC Legal, he does a mixed bag of advisory and litigation matters for indirect taxes. He has various cases accredited to his name, which are reported judgements. He regularly appears before the CESTAT and various High Courts.
Mr. Sheerzi believes that his generation was fortunate to have great mentors who invested their time in training juniors. He too, would like to take the same legacy forward. He encourages his team members to read the law and look at books versus relying purely on the internet and research from there. He also believes that it is crucial to have an open-door policy with his team members, thereby always maintaining an approachable and warm persona and disposition.
In his free time, he enjoys reading fiction and playing a sport, to keep himself fit and agile. 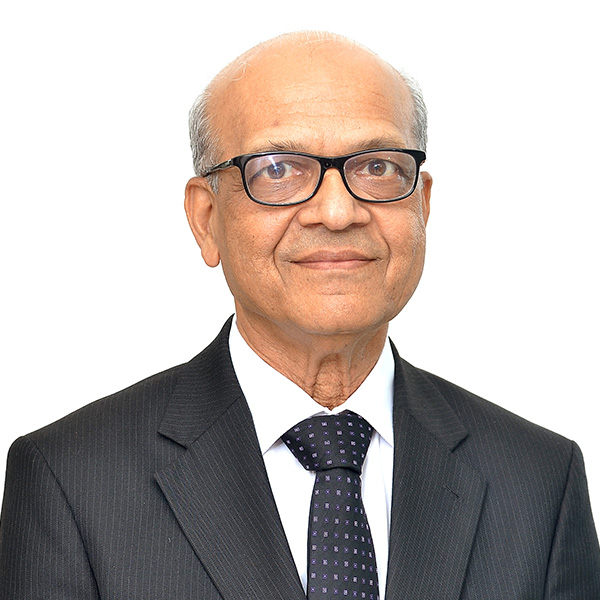 Mr. Krishan Kumar served in the Central Excise & Customs Departments, with the Government, for more than 20 years in various capacities holding crucial posts such as Departmental Representative in CESTAT, DRI, Customs, Central Excise, Preventive and Anti-smuggling, among others. He is an accomplished professional, well acclaimed, as an expert on Customs laws and practices and was awarded with the “President’s Certificate for distinguished record of service in 1994”. He has served in the private sector, as a legal advisor for a decade. His experience is a healthy mix of understanding perspectives, from the government and private practice. He is able to lend a balanced view to his clients, as a result of the vast prior experience he has built.
Mr. Kumar, makes the time to practice heartfulness meditation and believes that having a spiritual bend of mind, enables him to do better both in his personal and professional spheres. He is a facilitator and enabler for this school of meditation, often leading sessions for various age groups and helping them reap the benefits of this age-old form of ___.
As a veteran in the profession, he believes that the reward of work is work. 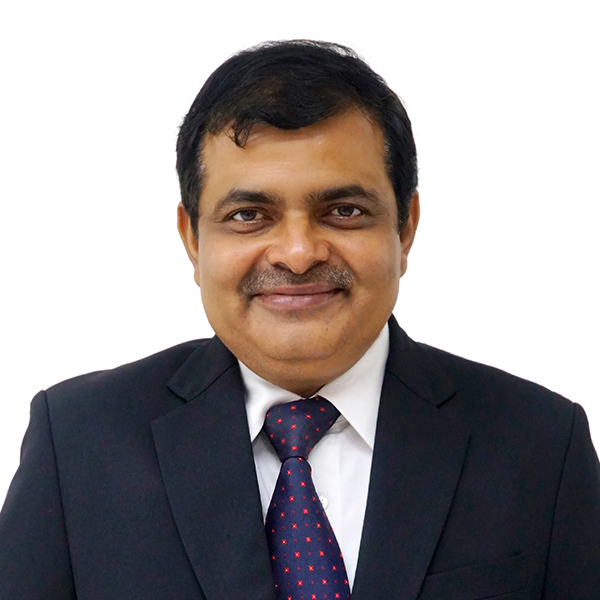 Mr. Mishra is an expert of Foreign Trade Policy, Trade Remedial Measures. He focuses on imposition of safe guard and anti-dumping litigation for FTP, EOU and SEZ.
He is a Joint Director for Foreign Trade and member of the ITS.
Ashutosh Mishra has more than 20 years of experience of working in the Government of India in various capacities, including as Jt. Director-General of Foreign Trade (DGFT).
He was involved in the formulation and implementation of the Foreign Trade Policy, particularly in relation to the EPCG Scheme, Advance Authorization Scheme, Deemed Exports, Drawback, SFIS, FMS, FPS, VKGUY, etc. along with fixation of Input-Output Norms/SIONs. He has vast experience in the formulation of policies relating to Free Trade Agreements (FTAs), SCOMET items, dual-purpose chemicals, Ozone Depleting Substances (ODS), etc.
In his free time, Mr Mishra enjoys reading literature around the freedom struggle and poems by well-known Hindi and Maithali authors. He also believes, music is a balm for the soul and feels rejuvenated with devotional and old melodious songs.
As a mentor to his juniors, he believes his role is that of a Captain of a ship. He has no work and yet shoulders a lot of responsibility. He believes that he is as much a learner, as any of his juniors, because they learn the legal interpretation from me, while I learn new concepts around technology and work culture from them! 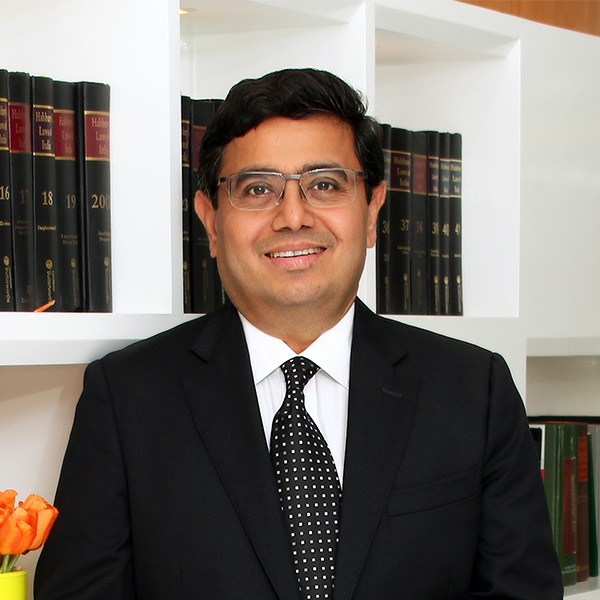 Vipin Jain is a leading consultant and lawyer, with over three decades of experience in the area of Indirect Taxes, including Customs,  GST , Central Excise and Service Tax. His in-depth and comprehensive pleadings before the CESTAT, High Courts and the Supreme Court have resulted in several path breaking and landmark decisions, which are often cited as precedents.
Leading corporate houses  repose their trust in him not only for litigation issues, but to also advise them on tax planning  , including re-structuring of pan-Indian and cross border businesses or transactions.
He is widely respected for his comprehensive and thorough knowledge of indirect tax laws.
He frequently presents papers on important indirect tax issues in seminars and workshops organized by reputed professional and trade bodies.
He has been the Joint  Secretary of the CESTAT Bar Association, Mumbai, for more than fifteen  years.His typical working day is unpredictable and long. But his  destress mechanism is an intense game of Badminton, or, a dose of his favourite authors  like A.P Herbert and P.G. Wodehouse.

As a diplomat based in New York, he closely interacted with law enforcement agencies and trade bodies in USA, Canada and other North and South American countries on anti- smuggling, anti-money laundering and drug interdiction issues.

As Member, CESTAT, he authored several path breaking judgements including in Anti-dumping matters.

He is a recipient of the Presidential Award and Finance Minister’s Gold Medal as also international commendations from WCO, FBI and Customs administrations of USA, U.K. and Canada.

He is  well known for his erudite articles on indirect taxation issues and is a sought-after panelist in seminars; he is also a regular faculty at the Training Academy.

S.K.Bhardwaj has more than thirty five  years of experience of working in various Ministries of the Government of India, including Finance and Defence. He has held important posts like  Chief Commissioner of Customs, Central Excise and Service Tax, Mumbai and Joint Secretary Ministry of Defence.

He  retired as the Member – Central Board of Indirect Taxes, the apex body administering GST, Central Excise, Customs and Service Tax laws.

He underwent training at the Harvard University, USA, on Fiscal Policy and Value Added Taxes.

He has vast experience of tax policy planning, budget making and administration in the Revenue Department.

He has keen interest in matters related to tax reforms, ease of doing business and conflict avoidance.

In TLC, he handles advisory and advocacy work relating to Indirect Taxes.

He experience and  expertise in good governance and compliance management  are sought by leading corporate houses of the country.

His is proficient on the golf course too, having raked up a couple of holes-in-one. He is equally passionate about  physical fitness.

He regularly  appears before the CESTAT, High Courts and the Supreme Court. More than two hundred  cases argued by him are reported.

He has the knack of structuring transactions to achieve tax efficiency and reduce compliance costs.

He has immense experience of advising clients on search and investigation proceedings by agencies such as DRI and DGGI.

He has been handholding a large number of companies on smooth implementation of GST, besides  regularly advising them on other indirect tax matters.

He regularly presents papers in seminars and workshops organized by leading professional and trade bodies like ICAI, BCAS, IMC, etc.

He is revered and  respected at TLC for his in-depth knowledge and astute mentorship.

His  rigorous  work schedule sometimes extends up to fourteen hours in a day. Any spare time is dedicated for the family, and, his favourite activity of trekking